Over the centuries, some plant species have been introduced into new areas as a result of conscious or unconscious human activity. European bladdernut Staphylea pinnata L. may have such origin in Poland. This is argued by the fact that the bladdernut has been used by man for various purposes (e.g., handcrafting, religious customs) from antiquity to modern times. This shrub was worshipped by the tribes of Celts, Slavs and Germans, which was expressed, among others, by planting it on the graves of warriors. Its extremely hard wood was used to make tool shafts, figurines, small wooden accessories, while large, brown seeds were used to make necklaces and rosaries.

The bladdernut's range covers southeastern Europe and Asia Minor. The largest number of localities of this species is found in Bulgaria, Romania, Moldova, Hungary and the countries of the former Yugoslavia. The northern boundary of the range is formed by detached clusters in eastern France, Switzerland, southern Germany, Lower Austria, Moravia, Slovakia, western Ukraine and southern Poland (mainly in Lower Silesia, Kraków-Częstochowa Upland and the Carpathians). Some researchers suggest that the modern distribution of the bladdernut was largely shaped by human activity and that this species in the localities north of the Carpathians is an archaeophyte, i.e. a plant that was brought into the area before 1500 CE. This would be evidenced by the discovery of bladdernut seeds and wood during archaeological excavations, and the presence of some bladdernut localities on the remains of former strongholds. However, there is still no strong evidence that people participated in introducing this species into Poland.

The aim of the research is to determine the regional and interregional genetic variability of the Polish populations of European bladdernut and to assess their relationship with populations in other European countries (Austria, Bulgaria, Croatia, Czech Republic, Germany, Romania, Slovakia, Switzerland, Ukraine, Hungary). The collected leaf samples will be analyzed using the latest genetic methods and biometric methods. Thanks to the wide sampling, covering almost the entire geographical range of the species, the project will significantly contribute to supplementing the scarce knowledge on the phylogeography of European bladdernut, in particular to clarifying the nature of the origin (natural vs anthropogenic) of its Polish localities. 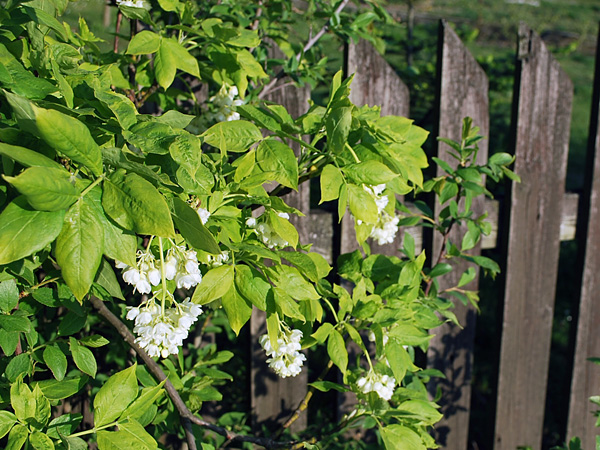 S. pinnata next to the fence of a farm house – in an anthropogenic habitat typical of this species.
Photo: Ł. Piechnik. 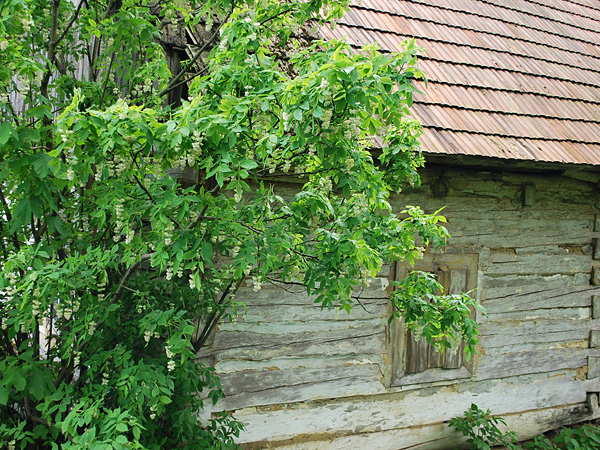 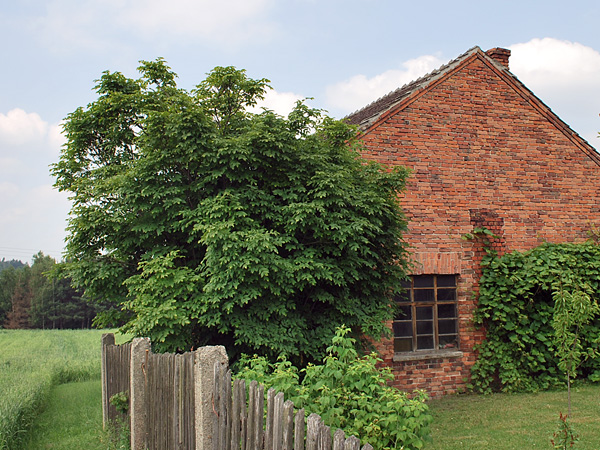 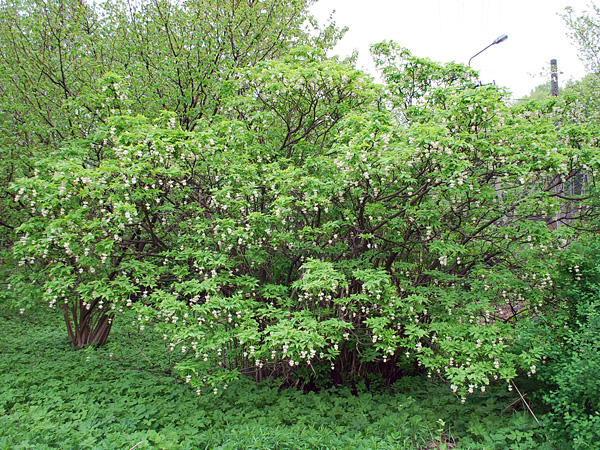 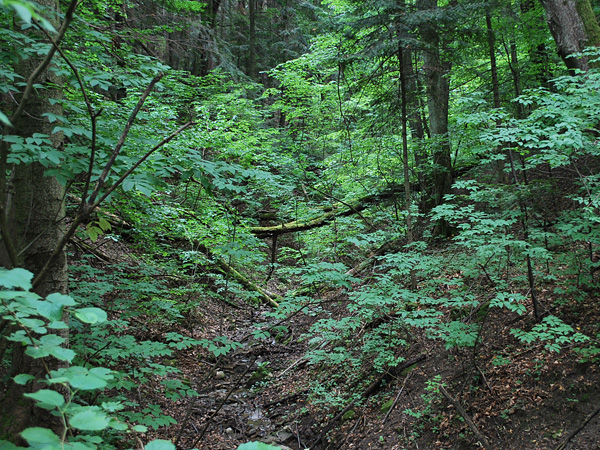 Natural site of S. pinnata in an oak-hornbeam forest with an admixture of fir and beech in the Magurski National Park, Low Beskid Mts.
Photo: Ł. Piechnik. 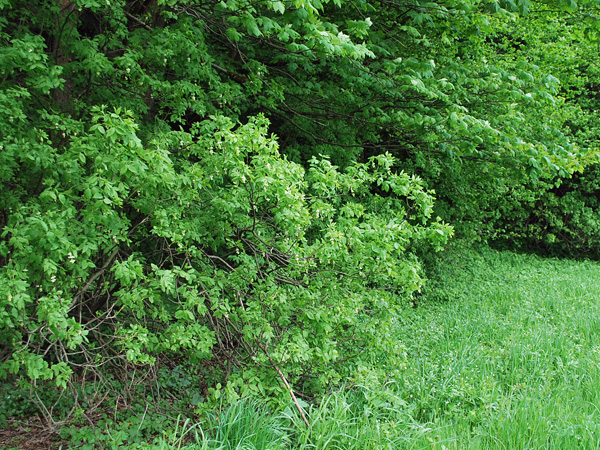 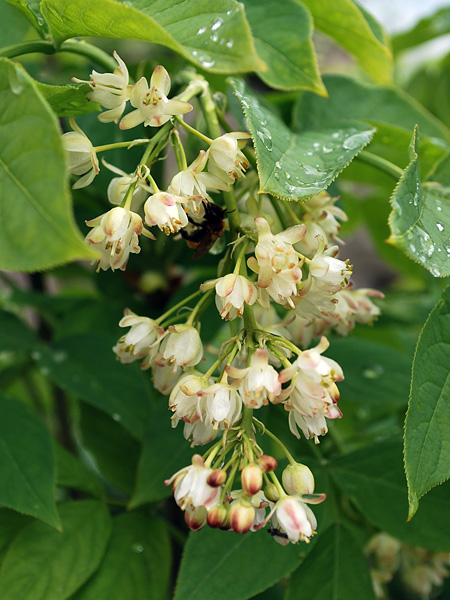 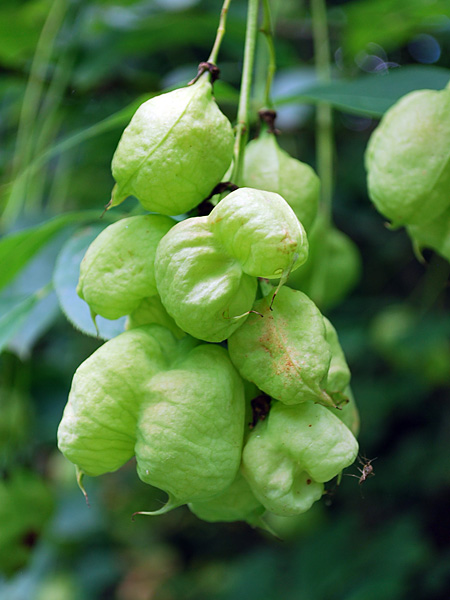 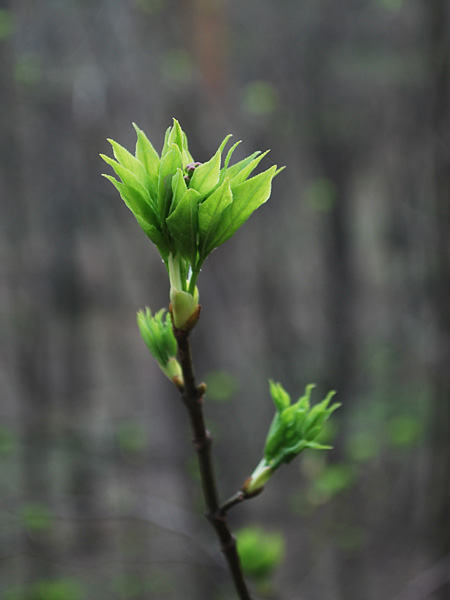