Extreme habitats are habitats with extremely unfavourable living conditions. As such, they are usually inhabited by a narrow group of highly specialized microorganisms. Extreme habitats include, among others, habitats with high salt (NaCl) concentrations. Many of these habitats are artificially created through the extensive use of salt by humans. Their biodiversity is very poorly understood. This is especially true of halophilic fungi, the research on which began only at the beginning of the 21st century.

A significant contribution to the knowledge about the diversity of fungi inhabiting saline anthropogenic habitats has recently been made by scientists from our Institute – Paweł Czachura, in cooperation with mycologists from the Organismal Evolution and Interactions Group. They examined the communities of fungi inhabiting the brine in the graduation tower in Dębowiec near Cieszyn and found many unusual species. One of the most interesting fungi isolated from brine is a new-to-science genus and species Salinomyces polonicus Czachura & Piątek. It is moderately halophilic (it grows best at a NaCl concentration of 5%), but closely related to the most halotolerant fungus in the world, Hortaea werneckii, which is able to grow at almost the maximum possible salt concentration in water (i.e., 30%; the maximum concentration is 33%). A description of this new fungal taxon has been published in the scientific journal Fungal Biology. The results of the research were also presented by Paweł Czachura at the conference "MycoRiseUp! Youth in Mycology" (we wrote about it here). 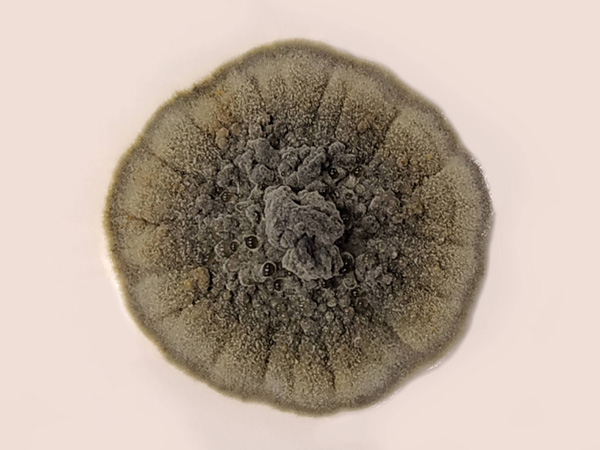 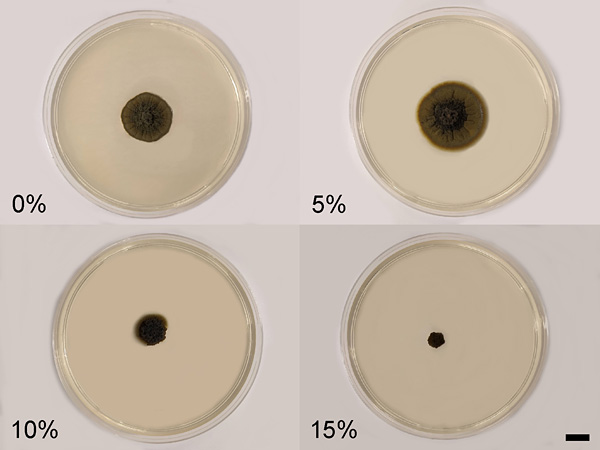