What did the extinct rhinoceros eat?

An interdisciplinary research team including scientists from the W. Szafer Institute of Botany PAS – dr. Renata Stachowicz-Rybka, dr. Magdalena Moskal-del Hoyo, Krzysztof Stachowicz, dr. Joanna Lenarczyk and dr. Jolanta Piątek – made an attempt to reconstruct the diet of two species of fossil rhinoceros, Coelodonta antiquitatis (woolly rhinoceros) and Stephanorhinus kirchbergensis, the results of which were recently described in the article:

The reconstruction of diets of extinct animals is usually based on the analysis of dentition, skull structure and palaeoecological data. This time, the researchers had the remains of animals preserved with the contents of their stomachs and intra-dental spaces. Such remains are extremely rare (especially in the case of S. kirchbergensis) and belong, among others, to rhinoceros discovered in permafrost of Siberia and specimens preserved in saline and crude oil-saturated sediments in Starunia (Ukraine).

The results showed that the diets of both species of rhinoceros were more varied than previously thought. The woolly rhinoceros lived mostly in open areas and fed on grass, but supplemented its diet with shrub leaves, especially in winter or spring, when grasses were less available. S. kirchbergensis preferred less open but more diverse habitats; they ranged from riparian forests, deciduous forests and mixed forests to forest-steppe habitats with grasses and herbaceous vegetation. Its diet depended on the season and seasonal wanderings. An important result of the research was the determination of the moment of death of the rhino (season); this was done on the basis of intra-dental wood analysis and isotope analysis of enamel samples.

The research was conducted under the supervision of dr. Krzysztof Stefaniak from the University of Wrocław as part of the project entitled "Life and death of extinct rhino (Stephanorhinus sp.) from Western Poland: a multiproxy palaeoenvironmental approach". 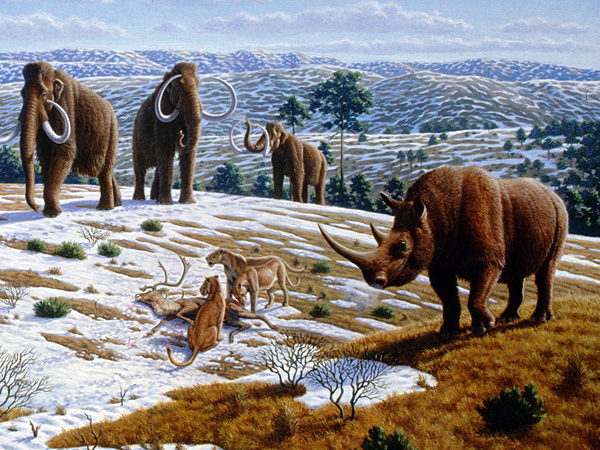 Reconstruction of the Ice Age fauna; in the foreground – woolly rhinoceros.
Figure: A fragment of the work by Mauricio Antón, available under the CC-BY-2.5 license. 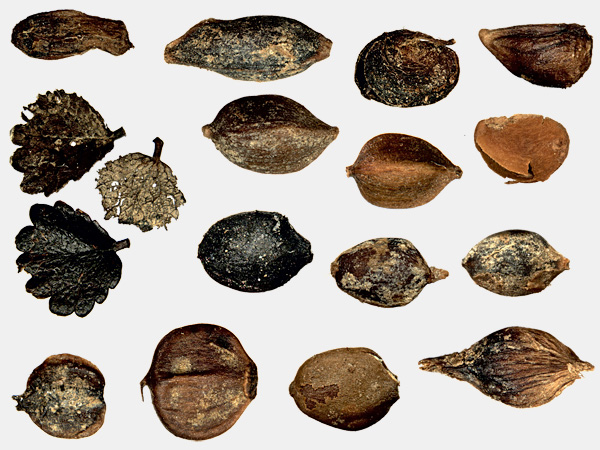