It is becoming more and more common to think that the identification of species from taxonomically "difficult" groups is uncertain until confirmed by molecular methods. A consequence of this view is the belief that the verification of old herbarium specimens from which DNA sequences cannot be obtained is problematic or even impossible. The results of recently published taxonomic research conducted solely on the basis of classical methods prove that the above belief is incorrect. The author, Anna Ronikier from our Institute, carried out a taxonomic revision of nearly 100 specimens from the most important North American collection of nivicolous myxomycetes, described in a monographic article in the 1970s. This revision showed that the specimens originally classified into 13 species of the genus Lamproderma actually represent as many as 25 species belonging to five genera. The obtained results significantly broaden our knowledge about the species diversity of Lamproderma and related genera found so far in North America, and show how important it is to continue research based on traditional taxonomy methods. 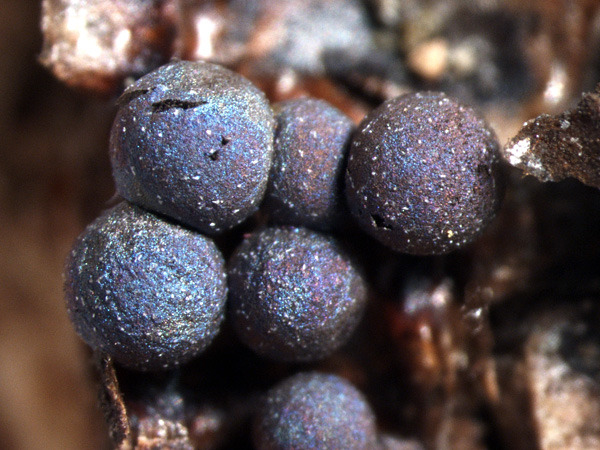